Once Were Brothers: Robbie Robertson and THE BAND 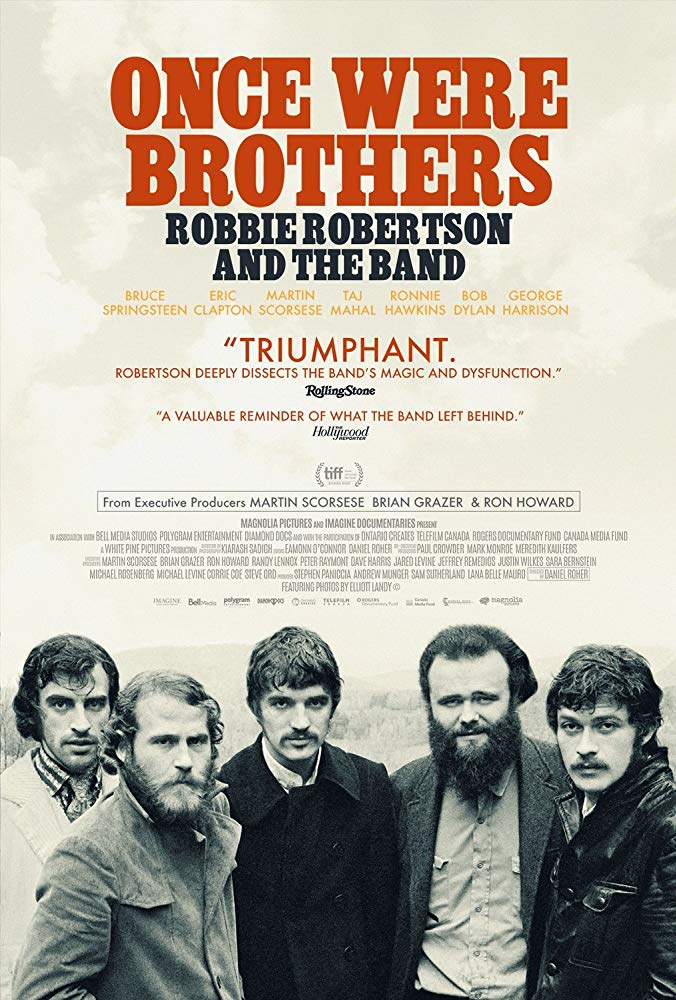 Title – Once Were Brothers: Robbie Robertson and THE BAND (2019)

Once Were Brothers: Robbie Robertson and The Band is a confessional, cautionary, and occasionally humorous tale of Robertson’s young life and the creation of one of the most enduring groups in the history of popular music, The Band. The film is a moving story of Robertson’s personal journey, overcoming adversity and finding camaraderie alongside the four other men who would become his brothers in music, together making their mark on music history. Once Were Brothers blends rare archival footage, photography, iconic songs and interviews with Robertson’s friends and collaborators including Martin Scorsese, Bruce Springsteen, Eric Clapton, Van Morrison, and more.

All music documentaries are subjective in that they’re the most engrossing to those the most into the music. But for the right fan, Roher’s lovely leafing through musical history will be touching and at times thrilling. —Roger Moore, Movie Nation

It’s a solid chronicle of (the first part of) a fascinating life and career.—Steve Pond, The Wrap

Although, structurally speaking, the production follows a safely familiar path, it doesn’t require a lot of fancy footwork when you’ve got an enthusiastic on-camera fan base including Bruce Springsteen, Scorsese, Eric Clapton, Taj Mahal and Van Morrison, a terrific storytelling arc, a treasure trove of archival footage and, naturally, those iconic songs.— Michael Rechtshaffen, The Hollywood Reporter

The Robertson-authorized Once Were Brothers is an account of The Band’s rise and fall, as remembered by the titular guitarist, chief songwriter and excellent raconteur. —Brad Wheeler, The Globe and Mail (Toronto)

Any cookies that may not be particularly necessary for the website to function and is used specifically to collect user personal data via analytics, ads, other embedded contents are termed as non-necessary cookies. It is mandatory to procure user consent prior to running these cookies on your website.