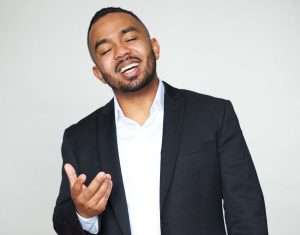 Praised by Opera News as a “vocally charismatic” artist with a “golden tenor”, Mr. Bakari is a Yellow Springs native and Juilliard graduate who has performed a wide range of musical and theatrical works in renowned venues throughout the US and abroad. His recording of Grigory Smirnov’s Dowson Songs was recently released by Naxos Records, was featured by Opera News as a “Critic’s Choice” album, and is currently under GRAMMY® consideration. A passionate educator, he has taught and led masterclasses for various schools and organizations including Carnegie Mellon University, University of Wisconsin-Madison, the Metropolitan Opera, and Yellow Springs’ own Friends Music Camp where he was previously a camper. www.martinbakari.com