NOMAD: In The Footsteps Of Bruce Chatwin 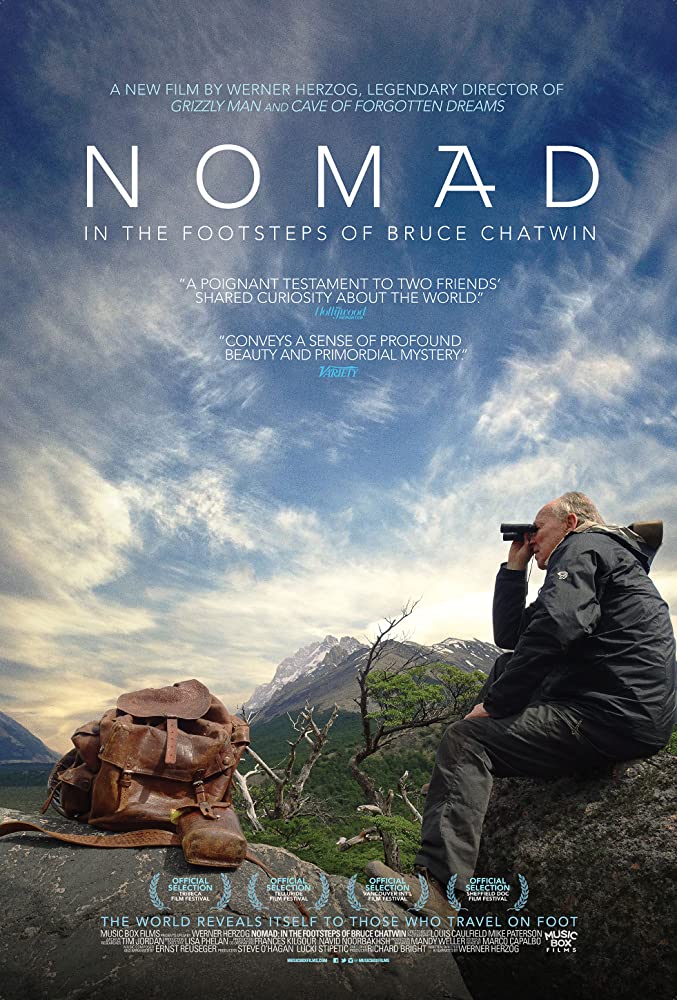 Werner Herzog turns the camera on himself and his decades-long friendship with the late author Bruce Chatwin (In Patagonia, The Songlines), a kindred spirit whose quest for ecstatic truth carried him to all corners of the globe. Herzog’s deeply personal portrait of Chatwin, illustrated with archival discoveries, film clips, and a mound of “brontosaurus skin,” encompasses their shared interest in aboriginal cultures, ancient rituals, and the mysteries stitching together life on earth. Nomad is full of spectacular landscapes—Patagonia, the Outback of Australia, Guinea, Wales…..visages made for the BIG SCREEN.

“Herzog insists that what Chatwin gave the reader was ‘truth and a half.’ To elaborate as Chatwin did, Herzog implies, is a legitimate response to places that can’t help but exert a strong pull on the imagination. And of course, the truth-and-a-half principle figures heavily in Herzog’s own art – of which this film is a particularly outstanding example.”
– Glenn Kenny, New York Times

“One of the year’s best films … It has everything that one looks for in a Herzog film — scope, ambition, moments of extraordinary visual beauty, bits of mordant humor, and enough intriguing philosophical concerns to inspire and drive any number of post-screening conversations.” – Peter Sobczynski, rogerebert.com